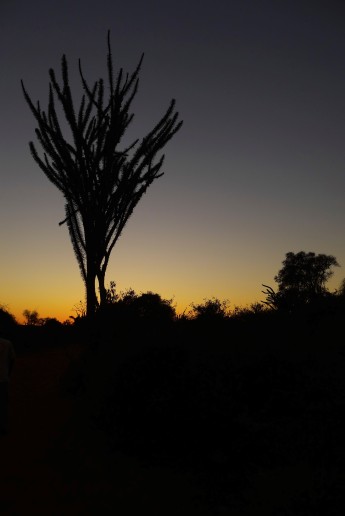 At the dinner table, Sachin stared at his father’s hands. When they reached for the salt, his fingers gripped the glass container and shook it violently over his second serving of daal. He could never get enough salt on his daal. The lines on his palms had deepened over the years, evenings’ remnants were smudged permanently in their creases.

Sachin’s father was just a potter. He awoke with the cereus blooms at night and went to sleep with the sun’s peaking eye. In the dark, he walked up the Azar Mountain to the west of their village. He took their buffalo with him, and they made the trek to the place where wet meets sand – grinds, deepens, and sinks under the weight of gravity and passerby’s feet, until it is buried. Hidden troves of clay deep beneath the earth. Sachin’s father would suddenly stop walking and know, by the feel of the ground below him, there was clay to take for himself. He would drop to his knees and place his ear on the ground, listening. Sometimes he would listen for hours, never once lifting his head or reaching for the warmth of the blanket on the buffalo. When he knew the ground was loose, unclenched, and had forgotten his presence, he would uproot the grass, or dethrone the rocks, or disrupt the ecosystem of innocent, resting insects with his spade. Deeper and deeper he would scrap away at layers, pushing the force of the spade on the earth with his muscles. His left hand would brush away the aftermath of vegetation and disrupted life into a pile at his side. When he found his clay, he took a glass knife and pushed it down, slicing a deep cut in the smooth, red surface. Meticulous and exact, he would move around each corner, carving a rectangle. The ground was tricky and knew how to hold onto her dignity. The block of clay was suctioned into the earth, held tight by miles of clay below it. But Sachin’s father was smarter than the earth. He learned how to persuade the clay from watching the hands and listening to the tongue of his own father. On either side of the hole, he placed his palms, and he stuck his head inside.

“You are nothing, earth. Release, and I will give you glory. I will make you into a pot fit for the table of Sita and Ram.”

He would talk like this for quite some time in the hole, hands gripping tight, mold growing up his fingers, latching onto filth underneath each nail. At first, the clay didn’t like his words and fought back. She cried and let tears mix with damaged clay around the knife wounds, until it softened and turned to silt, filling and soothing her deep cuts. But he would have none of that. He took his glass knife and once more cut deep into her, carving a second rectangle off-center from the first. Things went on like this. The clay cried and healed, and Sachin’s father cut again. Finally he leaned down and whispered,

“Enough of this. Let me have you and no harm will come. I told you I will make you glorious and lift you out of your despair. Won’t you believe me?”

The clay was in pain and could not take anymore of his words, or his knife. She cut off flow to the last rectangle that he carved by redirecting millions of her water veins. Within minutes, it was separate from the clay, no longer part of her. A dry block of overpowered, red earth. Sachin’s father jammed his spade once more into the wound, and used it as a lever to yank the heavy, dry block from its home. He took a string of thick horse’s hair and used it to cut the block into pieces thin enough to fit into the sack tied on his buffalo’s torso. When he stood, the moon was falling into the trees, taking the glow of the night with it. He leaned his head into the hole once more.

“Don’t be so difficult next time and it will be easier.”

At the dinner table, Sachin stared at his father’s hands. When they reached for the salt, his fingers gripped the glass container and shook it violently over his second serving of daal. He could never get enough salt on his daal. The lines on his palms had depended over the years, evenings’ remnants were smudged permanently in their creases.